I created this 16x16 forest tile-map and made it as detailed as I can despite having a small pixel size. I used a light color for the background to make NPCs (soon) and objects stand out more.

Feel free to use it in your game, commercially or not, but it will be best to comment down below so we can all see your game. You can edit it if you want but may never resell it. Also, please don't claim it as your own. Thanks.

This project is discontinued,  it will no longer be updated.

Don't forget to leave a comment below, or if you have any suggestions on what map to do next.

You could also buy me a Ko-fi if you like, thanks!

this is really impressive since hardly any forest packs I have seen have animations like this. Will you be doing more stuff like cabins, tents or may i contact for commission work?

You can contact me for commissions but, honestly, I haven't done tilesets in a while.

thank you, great job, I'll use in my videogame hope you see it

That's great! You can send the link here if you like

Hello, I just downloaded this asset pack for a game jam I am working on. The jam ends in a week, so I'll be sure to comment when it's done. I will be sure to give credit for your art.

Hi! Thank you for downloading, and good luck with your jam!

I have finished the game jam and published my game. Made sure to put you in the credits.

Thank you for giving credit! Your game is cool btw :>

Hello! That would be amazing. Feel free to send the link here, I'll definitely check it out!

I'm working on a dream game of mine that I've been thinking for a long time now, though, it's still in heavy progress (specially the storyline) and it's pretty big that I feel like an idiot for being optimistic about actually achieving this.

But what I know is, nothing will happen or it will fade away soon enough if I just ignore it, so I'd rather be an idiot I guess.

I just don't have time nor talent to make assets for my rpg project (though, I'll be making my own character sprites for my project since I know how to draw), so I'm really thankful to you (>~<)

Edit: and I'm pretty much broke to hire helpers for my lonely project (;-;)

Hello! I'm an idiot myself and I think there's a lot of developers like us as well. I haven't finished a game also; I'm not very good at coding and I don't have time to learn it. I'm glad that my assets will be able to help you. I'm sharing assets I made here on itch because I know that I can't make it into a game, and I'm hoping that someone will.

Feel free to send a link here so I can play your game when it's finished. Looking forward to it!

Let's continue being an idiot lol

Thank's for the tile set! I really fit the theme I was trying to make for  my game in the GMTK 2020 Game Jam.

Wow that's great! I'll follow you, I want to see how you will incorporate it. Goodluck!

Oh, I adore this! It's cute without being unrealistically saccherine

Hi! Thank you so much, glad you liked it. 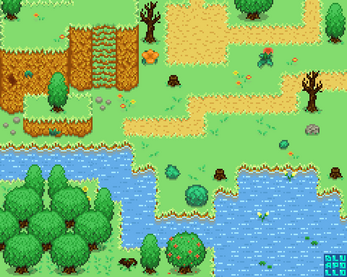 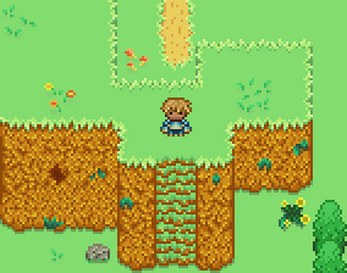 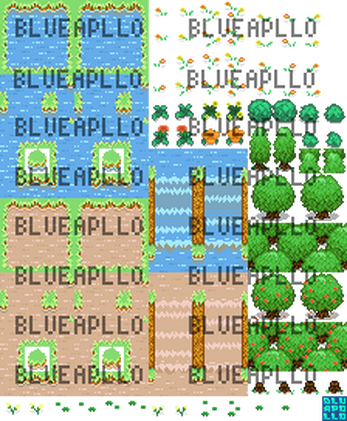